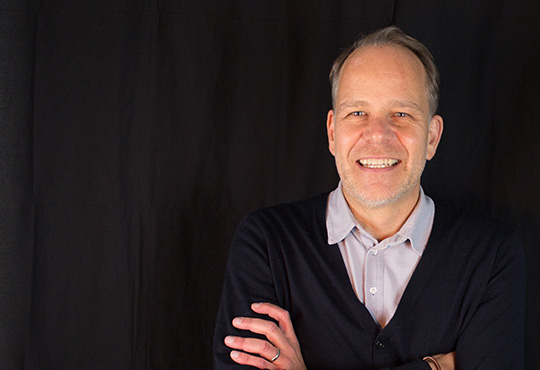 How long have you been at GV for and what’s your role?
It’ll be fourteen amazing years in July this year. I’m CEO and work with a great management team at Grand Visual and QDOT.

What’s your favourite GV campaign?
So many to choose from over the years! But I’d have to say Lynx Angel Ambush because it really made everyone wake up to the potential for creative technology in out of home and it won our first Cannes Lion.

If you weren’t in the Management Team, would you rather be in the Production Team or the Creative Team?
I started out as a Producer so I should go there but I think I’d join the Creative Team for a new experience.

Would you rather have an unlimited international first class ticket, or never have to pay for food at restaurants?
Definitely the first class ticket – visiting new countries and cultures is an absolute treat. (Although if I can fly through the air I might not need the plane ticket …) 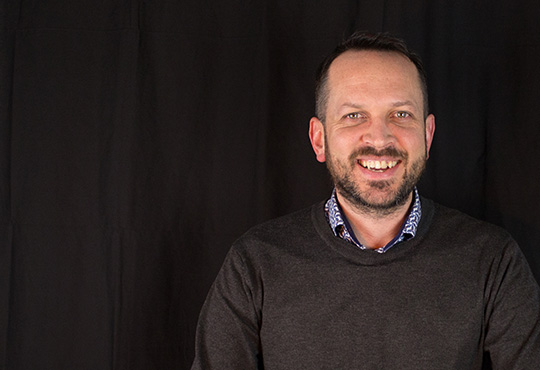 How long have you been at GV for and what’s your role?
I joined at inception as one of the founding fathers of the company.

What’s your favourite GV campaign?
Wow. It’s like asking who your favourite child is! Our projects are all so different so I have favourites in each category, for each client and in each market. As I look back over the last 14 years of Grand Visual the milestone projects are those which really helped shape the DOOH industry and then made the phone ring. I think back to Rocky Balboa, Nike Write the Future, Yell.com, Google Speech, The Harry Potter Premiere and Lynx as pivotal moments in both the company’s and the industry’s history. I think I’d have to pick Lynx Angel Ambush as the one… That campaign was a game changer. The teams we worked with on that project have become lifelong friends for the pain we all went through together. I feel like that project helped Grand Visual propel to the next level and also helped us give birth to probably our most successful Augmented Reality projects Pepsi Max: Unbelievable Bus Shelter and My Disney Side.

If you weren’t in the Management Team, would you rather be in the Operations Team or the Tech Team?
Wow. Again it’s like asking who your favourite child is! But yeah… Tech. Operations require far too much political correctness and HR – everyone who knows me knows I swear way too much when I’m excited/showing off.

Would you rather be able to control fire or water?
Easy…Water. I’d give everyone in the world access to clean water, and put out the fires of the idiot who answers this question incorrectly.

Would you rather be the first person to explore a planet or be the inventor of a drug that cures a deadly disease?
I’d invent the drug and give it away for free… get a Nobel prize, become a Trillionaire through my new found celebrity and philanthropy status… and then go explore a new planet with my new found wealth.