To promote the release of the highly anticipated Google Pixel 3, Google has launched a huge digital OOH awareness campaign.

Launching on the 25th of October, the large-scale campaign gives the tech giant’s latest smartphone impressive visibility across the UK’s digital OOH media landscape. The phased campaign supporting pre-orders, launch and the Christmas period is scheduled to run right through to 10th December. 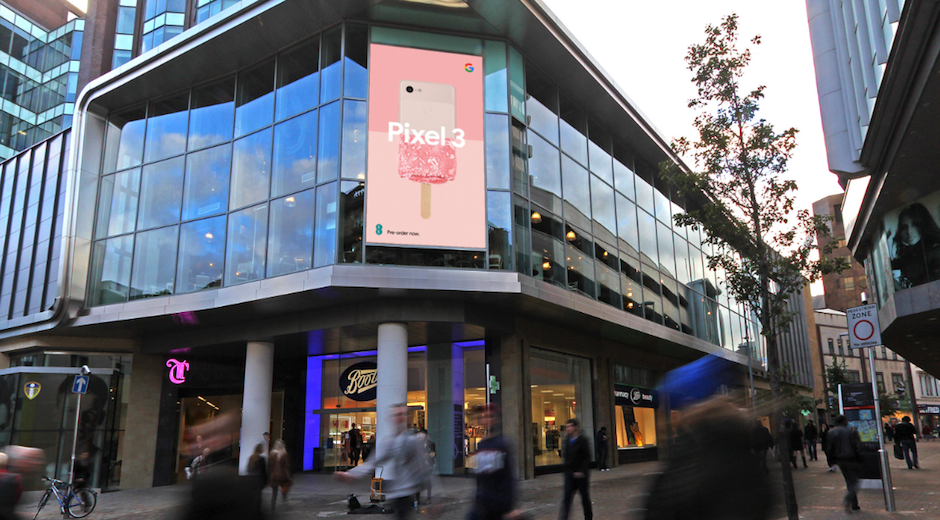 For the first phase of the campaign, the multiple creatives featured a product shot merging into a lifestyle scene – as well as the call to action of ‘Pre-order Now.’ On 1st November, when the smartphone was released, the copy was switched to ‘Now Available’ and focused on the Pixel’s various features.

Grand Visual was responsible for digital production and developed the creative provided by 72 and Sunny into an impressive linear campaign. The campaign has been booked across traditional and digital OOH media in a 50/50 split that encompasses 8 different media owners. 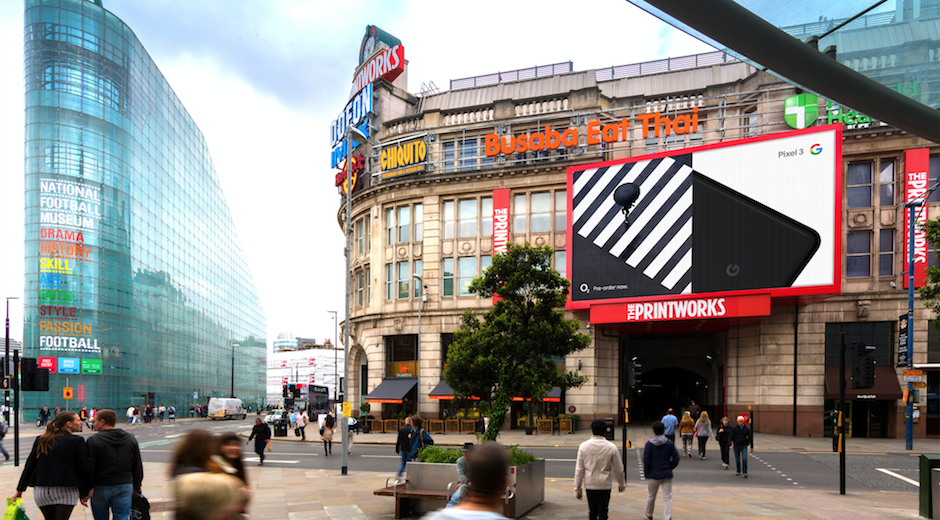 The impressive campaign can be seen in action at iconic sites across the UK including Manchester’s Printworks, London’s Storm Cromination and a digiwall domination at Piccadilly Underground Station.