Earlier this year, YouTube launched a US ad campaign promoting some of it’s highest subscribed American “YouTubers” (such as Michelle Phan and Bethany Mota). In October attention turned to the UK talent that is setting the world of YouTube alight in a campaign that encompassed TV, print, online and outdoor.

With the goal of promoting the best of YouTube content, and encouraging people to become content creators themselves, the YouTube Beacons campaign featured the channels of UK YouTubers Vice News (1M subscribers), Zoella (6.5M subscribers), and The Slow Mo Guys (4.6M subscribers). 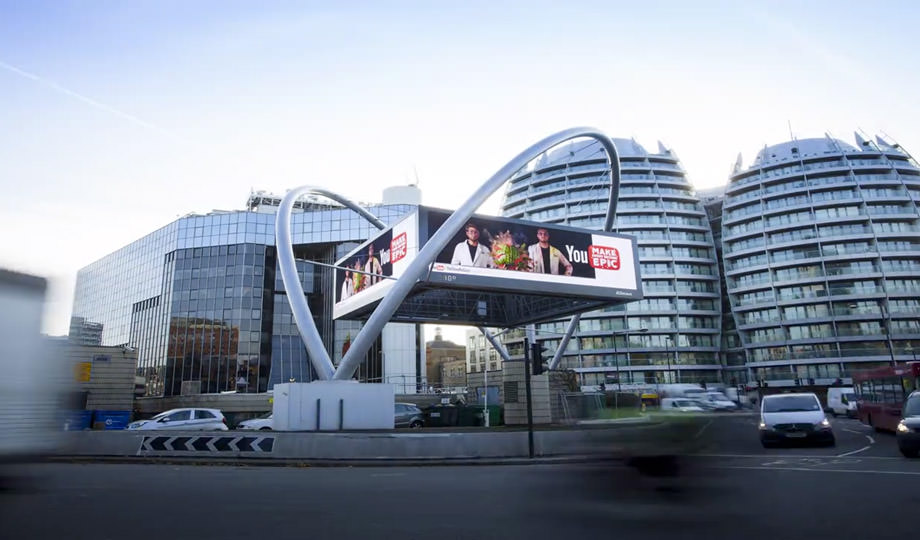 The DOOH element of the campaign also marked the launch of new digital screens at Old Street roundabout, London. The new JCDecaux owned Old Street EC1 site features four state-of-the-art screens positioned above the roundabout overlooking one of the city’s most creative and lively areas.

Google’s Media Manager, Rob Maddison, commented, “The launch of Old Street EC1 really suits our campaign perfectly as it allows YouTube to become part of the fabric of this highly desirable and exciting part of London, around Tech City.”

The campaign was conceived by Google, planned and booked by OMD & Talon, and produced by Grand Visual. Media was provided by JCDecaux, Clear Channel, Ocean Outdoor, and Exterion Media.