Ubisoft Turns to DOOH to Encourage People to “Shape Up” December 24, 2014 | Dynamic

Games developer Ubisoft has launched a dynamic digital out of home campaign to promote its new Xbox One fitness game “Shape Up”. The campaign, conceived by Ubisoft and Villain & Co, uses a mix of dynamic and linear content, and is running for 2 weeks from the 15th December on London bus and Underground sites.

Shape Up is the new fitness game coming for Xbox One and Kinect, and based on the idea that when you’re having fun, you get a better workout because you work harder. The game features fun and entertaining 90-second exercise challenges that use the motion tracking capabilities of the Kinect, and turn working out into a fun experience.

For the DOOH campaign, dynamic creative is appearing on one hundred bus stops around the Capital, and linear activity is running at twelve Tube stations on Exterion Media DEPs.

The dynamic component of the campaign is powered by OpenLoop, the dynamic digital out of home campaign management platform, and utilises Transport for London bus information data provided by Transport API to deliver content tailored to location and bus arrival times. Each Clear Channel Outdoor Adshel Live screen serves up two versions of creative. One execution uses bus arrival information to set a challenge for travellers. For example at a bus stop for the number 24 bus the execution might ask how many lunges they could accomplish before the next number 24 arrives. The challenge will always make a specific reference to a bus that stops at that stop.

The second version uses TFL data to identify the number of an approaching bus, and how many minutes away from the stop it is. OpenLoop then calculates how many calories would be burnt by the average person doing press-ups for that amount of time, before delivering the information as part of a real-time message, for example: “The 35 bus will arrive in around 10 minutes. Doing press ups for that long could burn up to 90 calories.”

Each message is accompanied by animated graphics based on the game artwork, retailer information, and the tagline, “Play hard. Get fit.”

The campaign has been conceived by Villain & Co, with digital production by Grand Visual, and dynamic content delivered by OpenLoop. Media for the campaign has been planned and booked by Maxus and Kinetic Active. Media owners are Clear Channel (bus stops), and ExterionMedia (DEPs). Bus data was provided by Transport API. 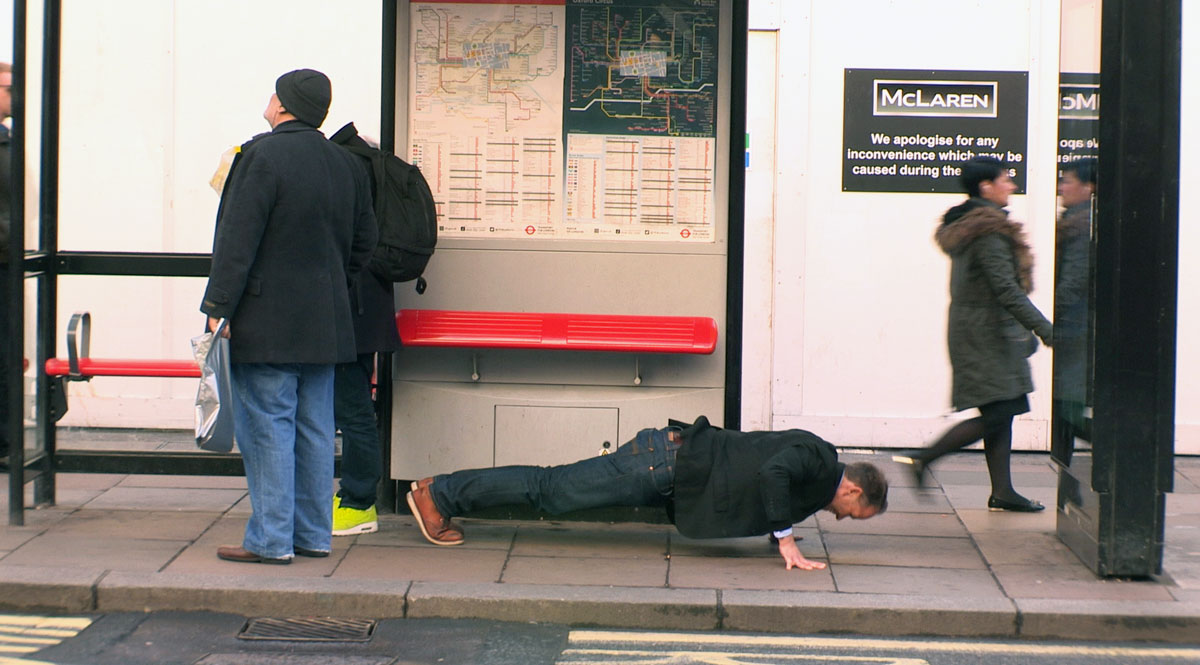