Welcome to our second instalment of Things We Love. As with last month, we want you to get to know us at GV a little better, and to help you we want to share things we’ve worked on and loved, new technology we’ve been looking at which could be applied to digital OOH and all things creative.

“Coke AR was a great campaign to be a part of. For this activation, I took automation to the next level which meant that our system pretty much ran itself unattended for the two days of activation. We’re no strangers to industry leading augmented reality setups and our experience with these made for a very smooth production process. It’s always rewarding to work on a project that brings a smile to people’s faces and brightens their day.”

“Chinese tech company Holo2Go have created a new state of the art form of LED display that produces imagery not on a digital screen, but on a fan!

The vivid 3D holographic illusion is created by a single-bladed LED light bar that spins at high speed, turning the hardware structure behind practically invisible and a floating video effect in the foreground.

Kino-mo, a British company developing hi-tech visual solutions, has created a similar product with their HyperVSN model, using dozens of synchronised fans to create a projection wall in order to produce a much bigger display.

The illusion, especially when using 3D motion graphics, is pretty impressive and I’m definitely excited to see how other businesses utilise these products for digital display solutions.” 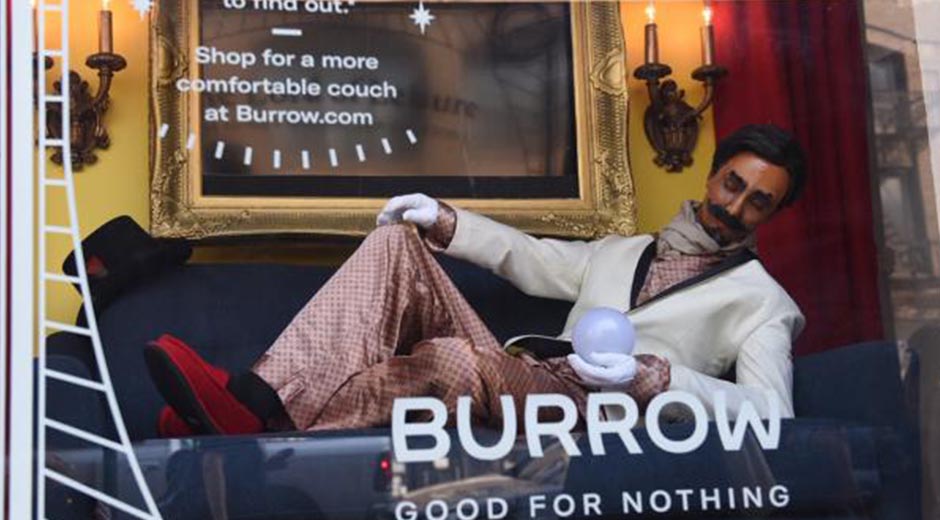 “This campaign is very simple but cool. It capitalizes on the basic fact that due to the fast pace of the city and the dependency on our mobile phones, taking the time to switch off and relax can easily be forgotten. The 80s revival of the fortune-telling Zoltar, who can now send you your fortune by text, makes the interactive feature of this campaign relevant in the 21st century.”

“It’s great when relatively new technologies are able to effect social change through novel and exciting applications. At first the idea of giving homeless people QR codes which enable the public to donate money securely and responsibly might seem a little impersonal or even distasteful. But when you see the way the system has been implemented – it gives information about the individual, and the money donated goes directly towards helping them off the streets – it makes great sense.

In an increasingly cashless and digital society – Greater Change has created a clever way to connect homeless people to people who want to help them.”

Would you scan a homeless person’s barcode to give them money? – BBC News