To capitalise on the British Summer weather, San Miguel have launched a temperature-activated digital OOH campaign. 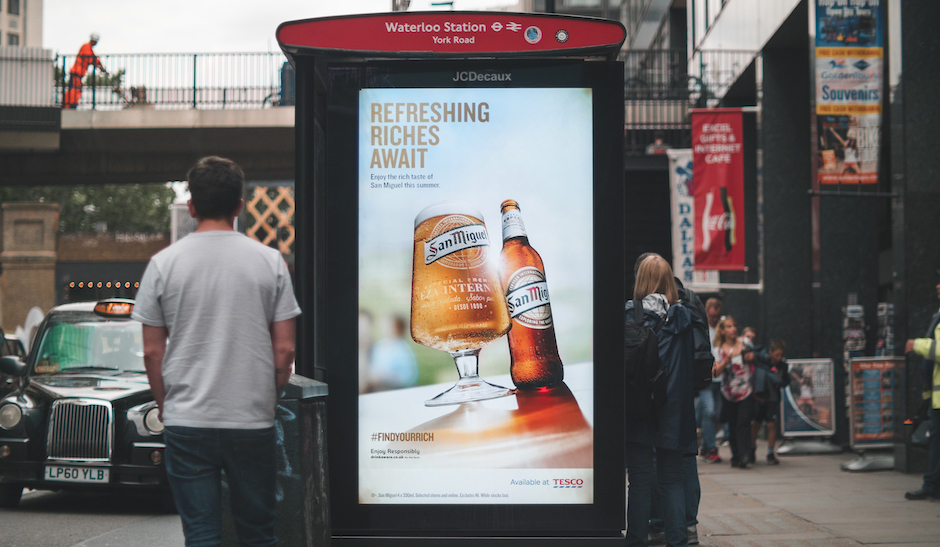 The UK-wide campaign tempted consumers in the hot weather with a refreshing San Miguel and directed them to the nearest retailer. The campaign was displayed on sites in close proximity to grocery stores, pubs and other San Miguel retailers nearby.

Created by Pablo London, the dynamic campaign was only activated when temperatures rose above 18 degrees Celsius. OpenLoop, the DCO ad server from ad tech specialist QDOT, used the weather API feed to update creative in real-time.

Produced by Grand Visual, with planning and buying by Initiative, the summery campaign was live from 20th June through to 27th July 2019.