This weekend O2 will introduce “Bubl,” a loyal and reliable blue robot, to the public at Westfield’s Eat Street as part of its engaging, new interactive digital OOH campaign.

Bubl forms part of O2’s bold new creative platform, showcasing how O2 continues to be there for its customers, ensuring they have the best possible service, experiences and interactions with the UK’s No.1 Network.

Conceived by VCCP and produced by Grand Visual, the execution sees Bubl sat on a bench, looking around the screen for shoppers. When someone passes the screen, Bubl will excitedly jump from the bench and follow them, trying to capture their attention. Once Bubl has caught their attention, they turn and point up at the campaign’s headline, emitting bubbles as he does. 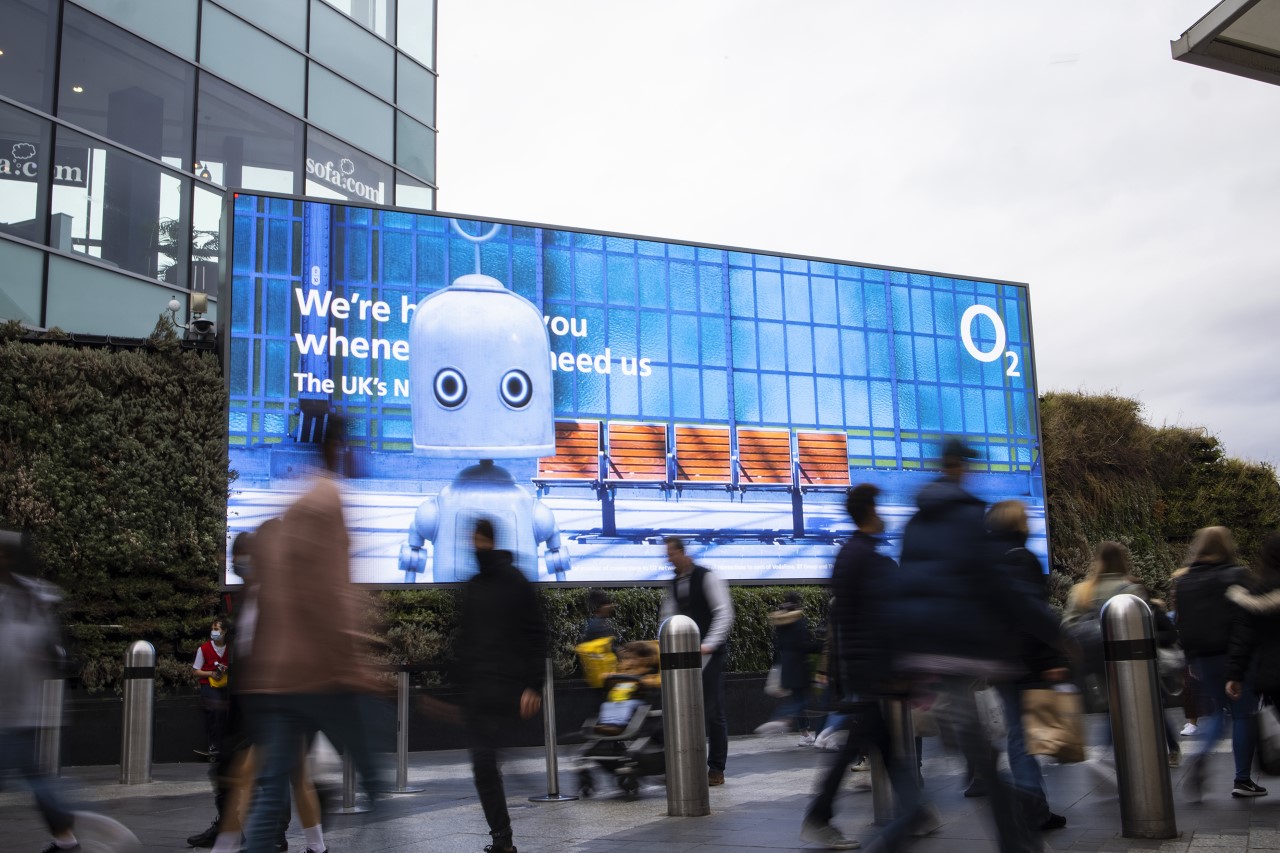 The execution built in Unity, uses multi-player game technology to control Bubl’s actions. Demonstrating that O2 are there whenever the UK public need, Bubl will cheer shoppers with his antics from a cheeky wink and a thumbs up, to being by their side until he bumps into the edge of the poster.

The activity at White City is part of the brand’s wider campaign that launched on the 7th September. The campaign is centred on a network story, shining a light on the fact that being connected to each other and the things we love has never been more essential in people’s lives. Just like the network, Bubl is there whenever needed, whether that’s doing everyday things that people don’t even think about needing the network for, through to doing business on the move, or streaming the latest must-see TV series. 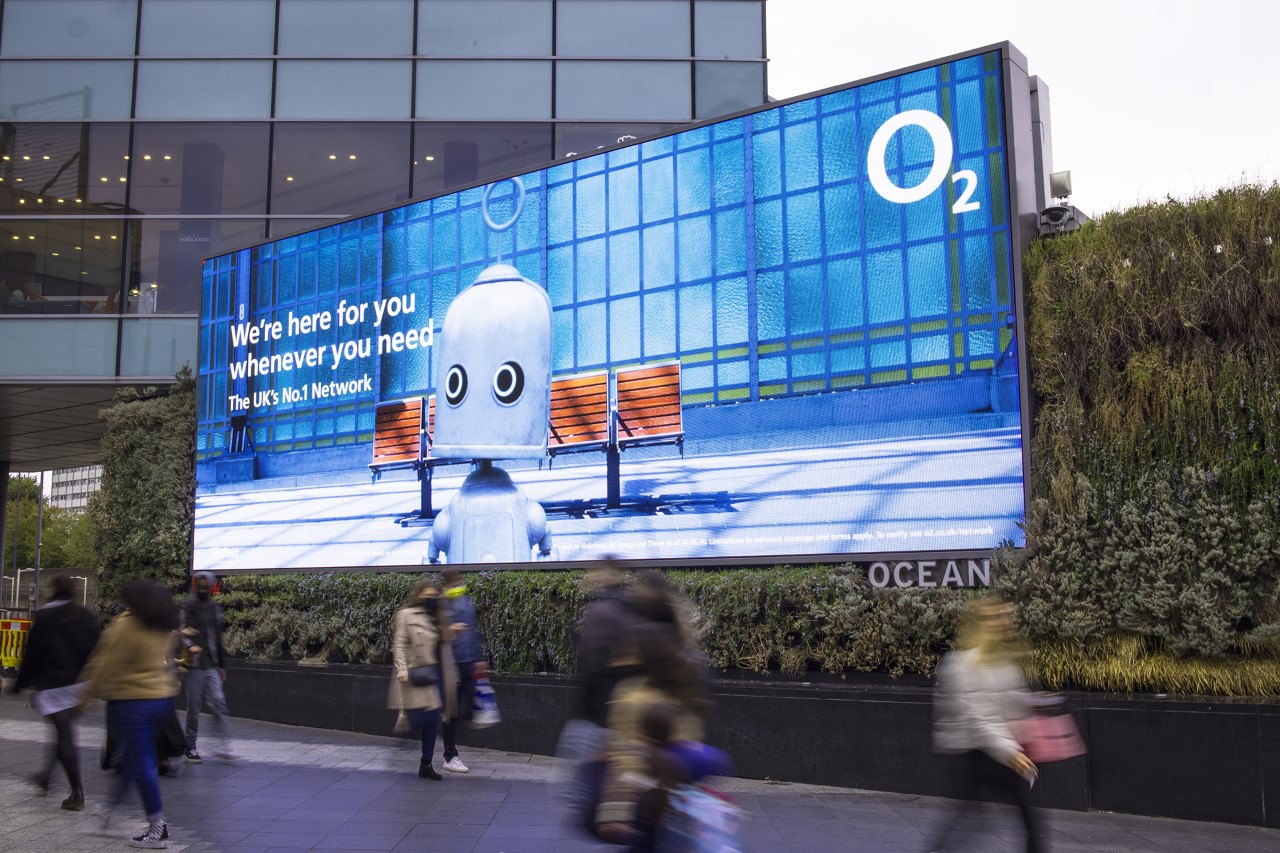 The campaign includes out of home special builds installed across Birmingham & Manchester in addition to London. The campaign was conceived by VCCP with Media planning and buying is handled by Havas Media and Talon Outdoor.

“The interactive campaign allows people to get up close and personal with Bubl. Through the creative application of technology, this event grabs people’s attention at the busy Westfield Eat Street location. What better way to introduce people to Bubl then giving them the opportunity to have a one on one interaction, in a unique, fun and memorable way.”

“O2 have a strong track record of pushing the boundaries of OOH innovation. This is another great example of creative and media coming together to create a new, engaging experience, and putting a smile back on shoppers faces at a time when it’s much needed.”