The Not So Scary World of Face Detection in Digital OOH August 8, 2018 | Creative Technology

Last week we caught wind of an online conversation surrounding facial detection in Digital OOH. It all kicked off after a Reddit user posted a picture of a digital billboard in Canada showing what seemed to be a face tracking application. This thread was then picked up by Canadian press and tech blogs in the UK. For many consumers, this is the first time they’ve come across this type of technology in Digital OOH and they want to know how common it is and exactly how invasive it is.

We’ve been working with face detection technology for over 6 years, so we thought we’d share a little about our experience where it comes to Digital OOH. It’s a technology that’s employed broadly across the industry but it’s not as sinister or invasive as you may think.

It’s common practice in advertising to utilise an array of data sources to identify an audience’s current mindset or mood, in order to make content more relevant. This insight informs everything from campaign creative to the planning, buying and execution of a campaign. Intelligent use of data is an essential element of any marketing campaign, and digital OOH is no different.

Media owners spend hundreds of thousands each year, to better understand their audiences and sell their space more effectively. Mapping demographic and audience data against their inventory. Media planners then use this data when booking campaigns to ensure their message will reach their target audience. This has a lot of parallels with how the TV industry targets viewers depending on the programming that is being broadcast. For example, children’s TV channels feature toy adverts heavily as that’s their target audience. Services such as Google Ads also optimise their network by analysing the data on a website, in order to serve relevant links. 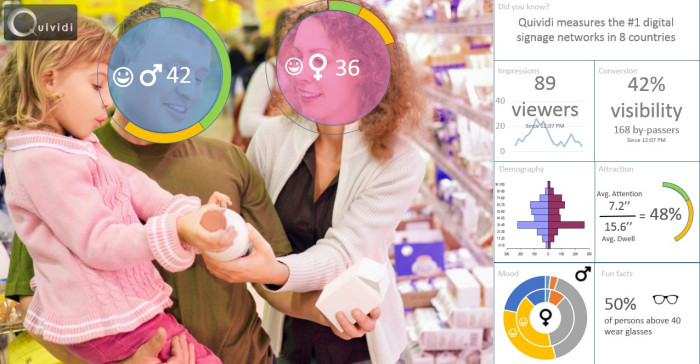 Audience measurement in digital OOH is typically achieved by using a USB camera and specialised audience measurement software such as Quividi that recognises when a passerby looks at the screen. As you walk past, your characteristics are recognised – this can include gender, age bracket and emotion. Personal identifiers are not stored, meaning if you were to walk past the same screen again you’d be recognised as a new viewer (or ‘impression’) by the system. The anonymised and non-identifiable values can be logged to a database along with the timestamp and put into reports – similar to those distributed by Ofcom.

Not only is this technology an effective measurement tool across the industry, but it can also be used to create fun and interactive experiences. We’ve used this technology in campaigns, a good example of this being our smile-activated, bus shelter vending machine for Coca-Cola. The activation allowed us to track participants facial expressions and automatically dispense a can of Coca-Cola to those who smiled. Another great example is Ocean Outdoor’s Emoji Movie campaign that used the data stream from their audience measurement platform to map emojis on top of faces. 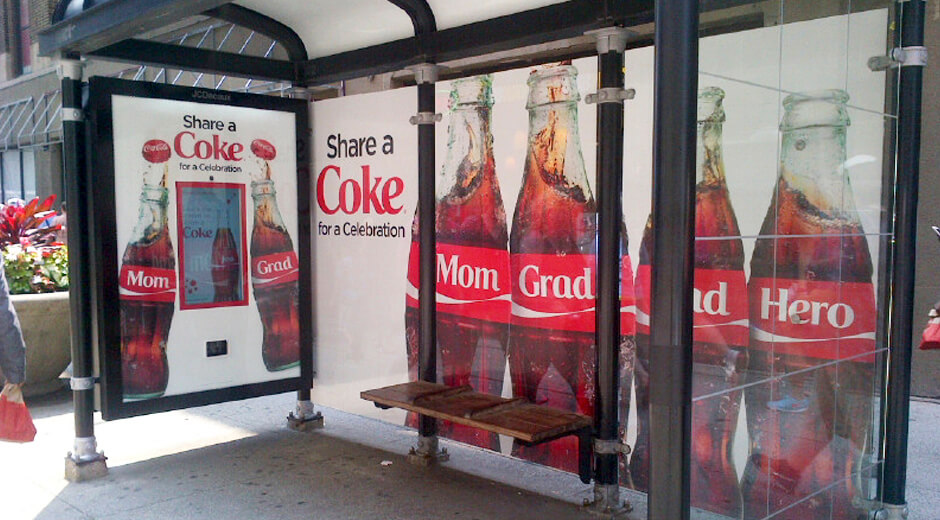 Anonymous audience measurement is not going away, but it’s not something to be afraid of. Thanks in part to General Data Protection Regulations, nothing sinister can be undertaken without explicit consent from consumers. It’s true that facial tracking could be implemented in more intrusive ways; such as with airport and national security & monitoring. Doing so in advertising however, wouldn’t be lawful without gaining explicit consumer consent, in line with GDPR. In digital OOH the data being gathered (which sparked the Reddit comments), is used predominantly in a few pie charts and reports. But as with any technological advancement, it does lend itself some creative applications and more advanced campaigns, which is what has us excited.