To follow on from the release of Solo: A Star Wars Story, LEGO has launched a digital OOH campaign, inviting shoppers to “Master the Force.” The experiential campaign uses on-screen LEGO bricks to build galaxy fighters, and promote the latest characters and brick sets tied to the Star Wars anthology.

Gesture sensor technology enables passers-by to engage with the on-screen LEGO sets, with users prompted to choose a side, and start building the spaceships of the new galaxy. The goal is to win the ultimate accolade of becoming a true Jedi Master, so the faster they build, the higher the score. After the game, there’s the opportunity for participants to ‘take a photo with the crew’, encouraging social sharing and amplifying the reach of the campaign. 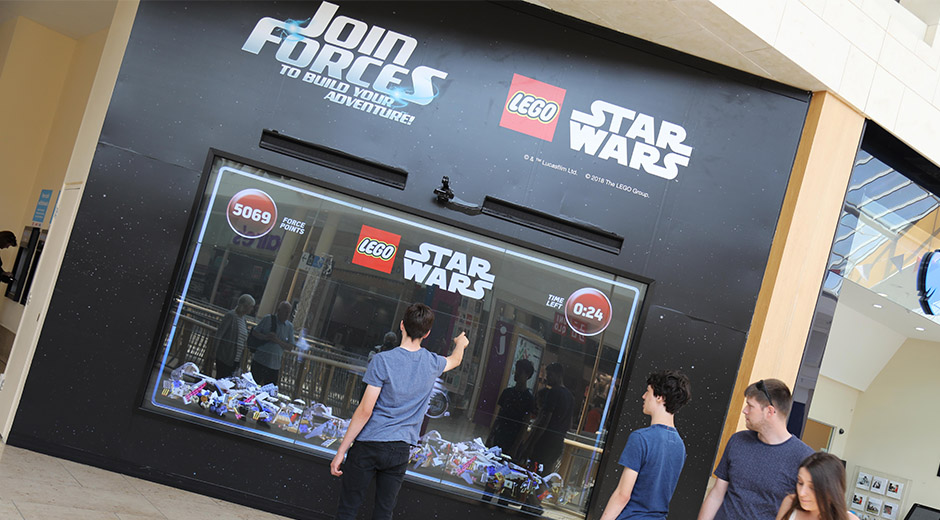 “It was fun developing the game using new camera technology which is still in development. The camera has the ability to recognize humans and can track joint movements in a 3D space, in essence, it’s an updated version of the Microsoft Kinect. The camera has incredible sensor technology, and is able to capture the movements of the player without confusing them with people in the background who are not involved in the game.”

The campaign was a collaborative effort, conceived by Initiative, with production, animation and interactive build by Grand Visual. Media planning and buying by Initiative and Rapport. The week-long Application runs on large-format Limited Space screens at busy shopping malls Bluewater and Newcastle Metro Centre from the 28th May. 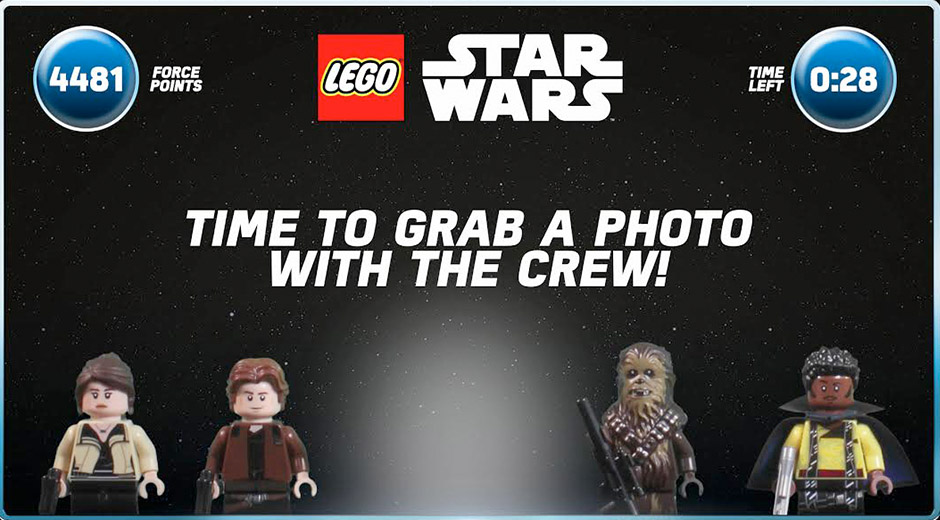 “Immersive experiences created with strategic use of creative technology allow the customer to get hands-on and explore LEGO’s latest products in a fun and memorable ways. At the end of gameplay the photo op then broadens the audience by encouraging people to share their picture online with family and friends.”