The weekend of the 19th–20th September saw forty cyclists, including Grand Visual’s Founder Neil Morris, take part in Kinetic’s annual charity fundraising cycle ride. This year’s challenge was a two-day ride through the mountains of Lombardy which resulted in over £70,000 being raised for the Alzheimer’s Society. 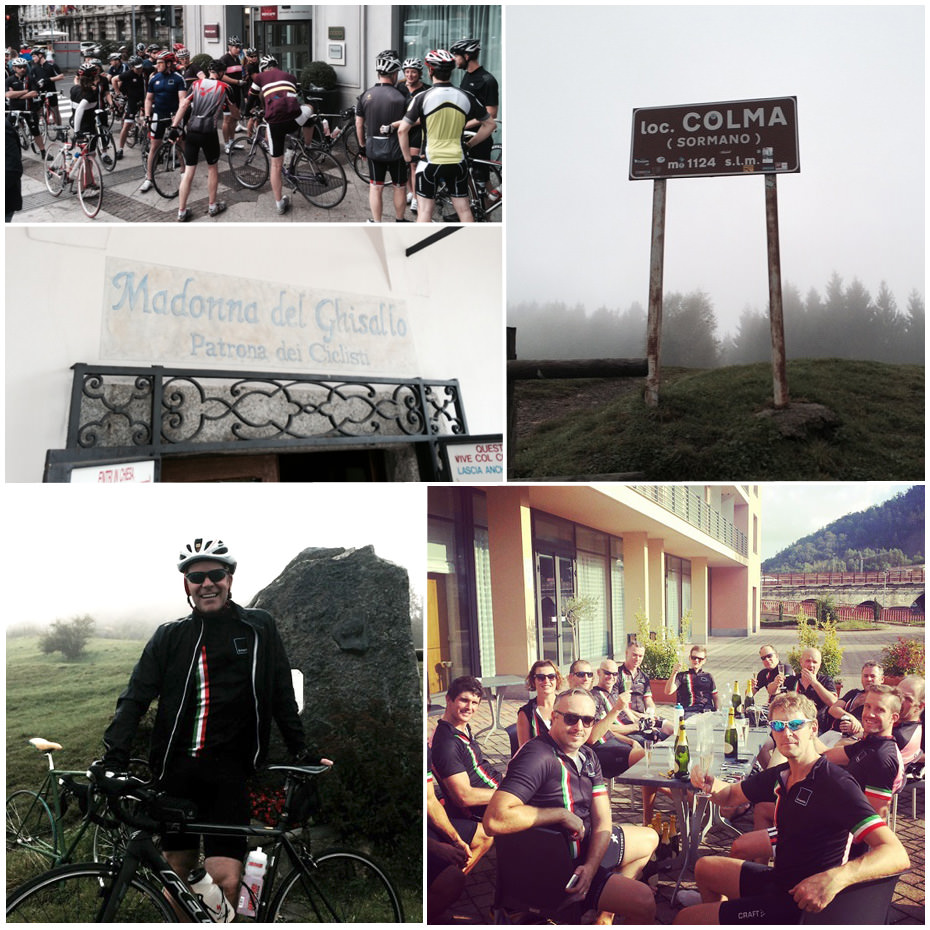 The title “Kinetic Tour of Lombardy” belies the punishing nature of the ride — also known as “The Climber’s Classic” the route took the riders up some seriously steep inclines in damp and foggy conditions (as can be seen from the photos shown here). It was not going to be an easy weekend — in the words of our boss, “it was brutal” — but the team was committed to completing the tough mountain route for a worthy cause.

And their gruelling two days in the saddle were well-rewarded, because by the following week it was revealed that they had raised over £72,365 for the charity. Congratulations to all who participated, and to all those who helped the riders on their way.