Grand Visual Creative Technologist Jon Jones, along with CCTO Dan Dawson made their annual pilgrimage this month to Integrated Systems Europe (ISE). Jon has shared his thoughts and some of their highlights from this year’s show.

As with most years at ISE, screens took centre stage. However, rather than just being a race for the best resolution and pitch a couple of extra elements have started to make a more prominent appearance this year.

The main notable enhancements were around mirrors and transparency for screens.

With the introduction of smart homes and virtual assistants, ‘magic’ or ‘smart’ mirrors have been gaining attention. ‘Smart mirrors’ are simply computers attached to monitors behind a mirror film. Meaning that when the machine is idle, it looks like a standard mirror, but is able to display information in a non-intrusive way when activated. For example, in digital OOH this could be utilised to give shoppers feedback or support in a retail environment. When it comes to creative and experiential executions, hiding screens behind mirrors can be used to surprise & delight audiences in unexpected ways. 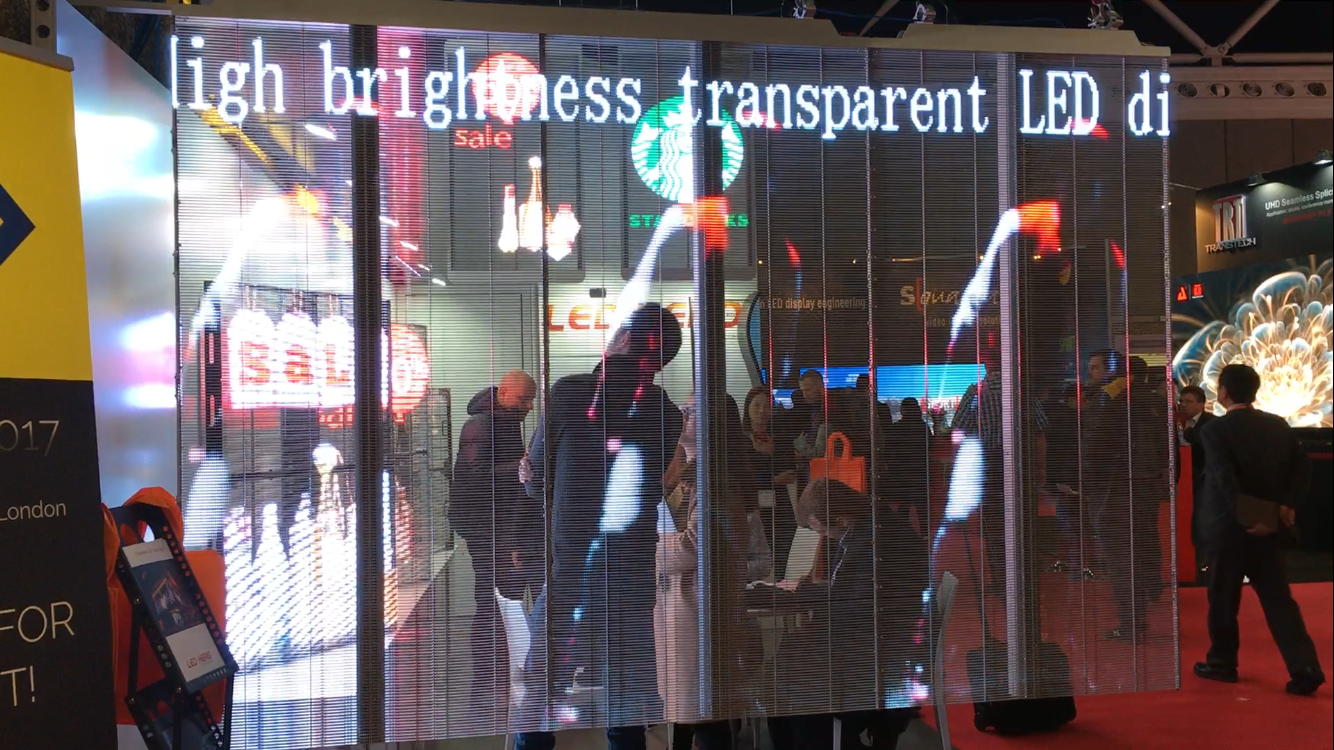 Transparent screens were more prevalent this year, and it was interesting to see how the technology has developed over the course of the year. Transparent screens are nothing new of course… But the OLED screens look amazing in all light conditions. Sadly, Samsung decided to discontinue [before the official launch] the amazing T-OLED displays last year due to market forces…. But they are sure to attract a lot of attention. These ‘Minority Report’ styled screens are transparent when idle, like a window – but when activated using touch or action can display graphics or animations.

And of course it can’t be a tech show without some VR on display. We sampled various versions but developments within this space seem to be relatively slow going.

This year we got to meet up with Scala for the first time since they were purchased last year by Stratacache. At their stand they were showcasing a range of solutions that reinvent the retail space and appeal to today’s tech-savvy shoppers. From Interactive fitting rooms, connected cafes, smart mannequins and ‘lift & learn’ technologies, it was exciting to see the practical application of technology within the retail environment.

The Home Distribution/Automation section of the show has expanded significantly over recent years as people look to develop integrated solutions for ‘Smart Home’ appliances such as Amazon Echo and Google Home AI hardware. Whilst the ‘virtual assistant’ has been around for a few years now, the application of this technology within the ‘smart home’ environment is a new dimension. With voice activated technology and virtual assistants becoming more common in our personal lives, it will be interesting to see how this mode of interaction plays out within the advertising space.