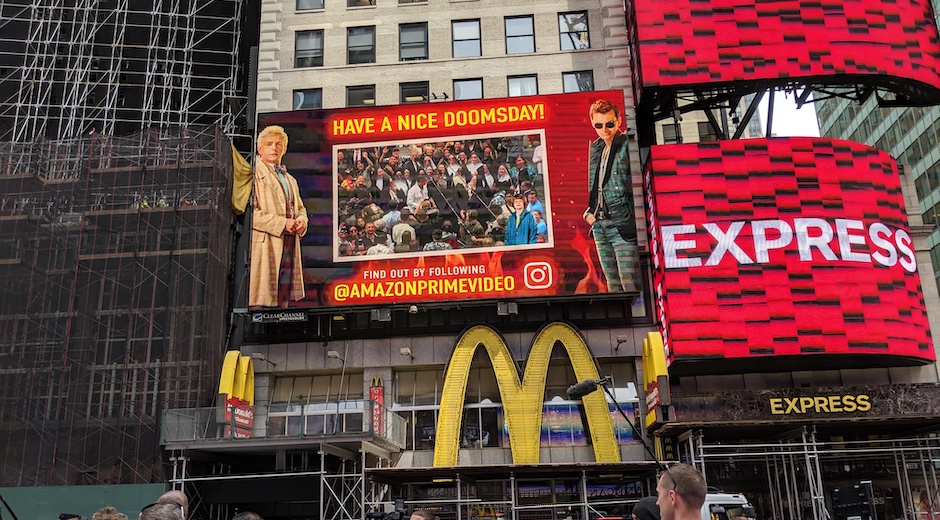 The series, based upon Terry Pratchett and Neil Gaiman’s novel of the same name, follows the unlikely pairing of an angel (Michael Sheen) and a demon (David Tennant) as they join forces to save the world from the apocalypse. As one of the most hotly anticipated shows of 2019, Amazon wanted to bring the surreal scenarios faced by the protagonists to life with a takeover of Times Square.

As the digital OOH roadblock took over Times Square, the crowd was plunged into terrifying Armageddon scenarios through live animations and a countdown to the end of the world. The mixed reality digital billboard towered above the pedestrian plaza bringing Good Omens to life, with Kraken tentacles, UFOs and giant fish raining down on the crowd below. Just as the audience recognized themselves on the big screen the doomsday scenarios unfurled around them. The mixed reality experience created a fun and memorable experience giving participants the ability to share the moment on social media. 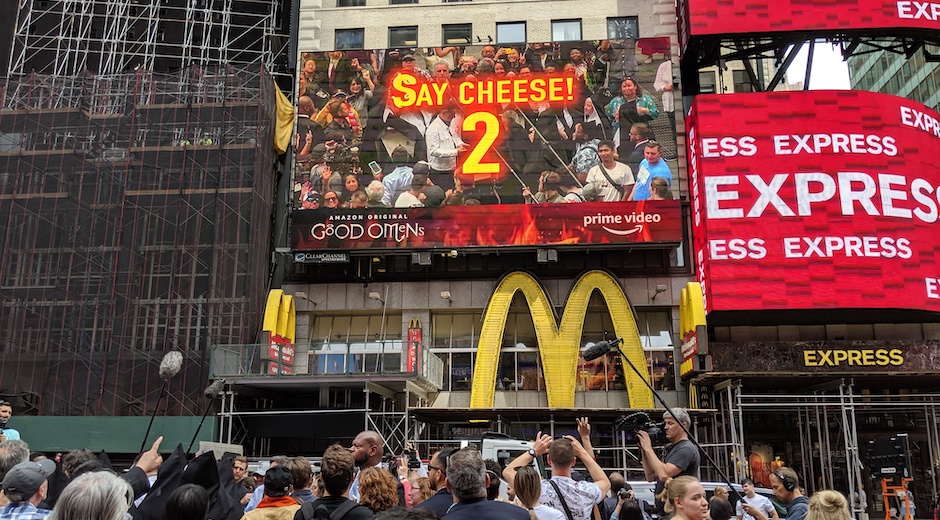 Supporting the apocalyptic takeover, were additional large-format digital OOH billboards around Times Square, featuring the countdown to doomsday and the start of the highly-anticipated series.

The campaign was conceived by Amazon Studios and produced by Grand Visual.

Ric Albert, Creative Director at Grand Visual, said: “The Apocalyptic AR activation stops people in their tracks in an engaging race to save the world. It provides content that connects the audience to the series storyline and immerses them in a 5-screen Times Square roadblock. The live countdowns build on the excitement and anticipation of Good Omens debut on Amazon Prime Video.”