You wouldn’t be wrong to think that Gen Z came into the world with an iPhone in one hand and a MacBook in the other. We basically did. Born between 1995 and 2015, we’ve seen mobile phones go from this funny old Nokia to this technicolour dream… 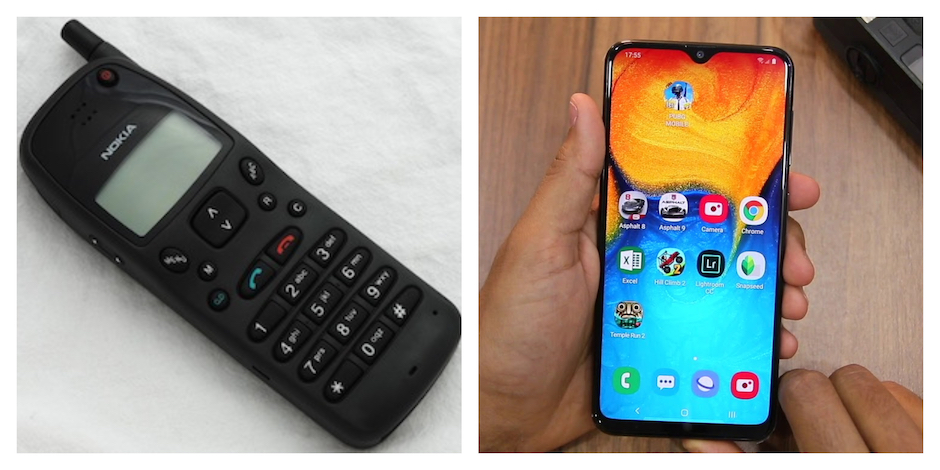 Basically, a lot can change in 20 years.

As a generation obsessed with technology (not our fault btw), it surprised me to discover that 55% of Gen Z’ers favour OOH advertising because “it’s relaxing.” Theoretically, wouldn’t it make more sense to prefer online ads, given we’re life-long internet junkies?

According to another study, around 82% of Gen Z’ers are actually skipping online ads – and to be honest I’m not really that shocked, given how annoying they can be… So as a generation who regularly skip ads, why do we prefer OOH – a medium that we can’t skip?

I think Gen Z are drawn to billboards because digital OOH isn’t intrusive. It doesn’t pop up every time we watch a YouTube video or use the internet. We can choose to look at it or choose to ignore it. Plus it doesn’t know everything about us. It may be able to direct us to the nearest shop or inform us about the local weather, but it doesn’t know personal details like where we live or our online search history.

Digital OOH also makes for great social content. Seeing your favourite celebrity, on an enormous screen in a location as iconic as Times Square definitely calls for a picture or social post, doesn’t it? Also, have you ever seen somebody post a picture in front of an internet ad? No, that would be totally uncool.

Here are a few of my favourite examples of digital OOH campaigns which have gained massive Gen Z traction.

For one of Gen Z’s favourite, “bingeable” TV shows, Netflix decided to choose digital OOH to target the ad-blocking generation. With huge billboards in iconic locations such as Times Square, the campaign earned huge traction across social media; with fans snapping selfies and one fan even tweeting how “big” the show must be because of its Times Square billboards.

sometimes i forget how big stranger things is but then it’s literally in times square on new year’s eve aka one of the busiest times at times square and then i’m shook pic.twitter.com/9TZcxs4ZUA

yes the rumors are true we did run around times square finding all the stranger things marketing campaigns pic.twitter.com/mT2QVSuPA3

With over 30 million followers on their combined social media accounts, you could say that the British girl band Little Mix are popular! In fact, they’re so popular that over the Summer their US fans bought them a billboard in Times Square to promote their latest single. They used the ad to catch the girls’ attention online… which they did!

We can’t believe this is real! A group of mixers bought a billboard in Times Square to promote #BounceBack! Words cannot describe what this means to us 😩😩 We couldn’t ask for better fans ♥️♥️ we love and miss our American Mixers and are so grateful for everything you do for us! pic.twitter.com/evNhfx9kVR

Personally, I’m not too keen on BTS but I cannot deny that their influence on Gen Z is anything short of phenomenal! In May 2019, the latest Hyundai X BTS advert premiered on the iconic digital OOH site, Piccadilly Lights.

Hundreds of fans gathered around the famous London landmark to get a glimpse of the campaign. Photos and videos from the reveal were posted to social media, accumulating thousands of interactions from fans worldwide.

Calling all fans, lovers of #Hyundai and #BTS, If you happen to be in London next Friday, come witness the 1-hour exclusive of our journey with BTS on the world’s most iconic screen at Piccadilly Circus. You don’t want to miss it, so mark your calendars: 31 May, from 6-7pm. pic.twitter.com/sJWoVSyOb8

If you compare the BTS premiere to the Lights’ first-ever live stream from Victoria Beckham last year, the results are clearly visible.

Whenever Gen Z is involved, a brand has a bigger influence on digital OOH than ever before!