Our US Account Director, Zevi Tilles, shares the awesome year he has had so far since joining the team at Grand Visual. 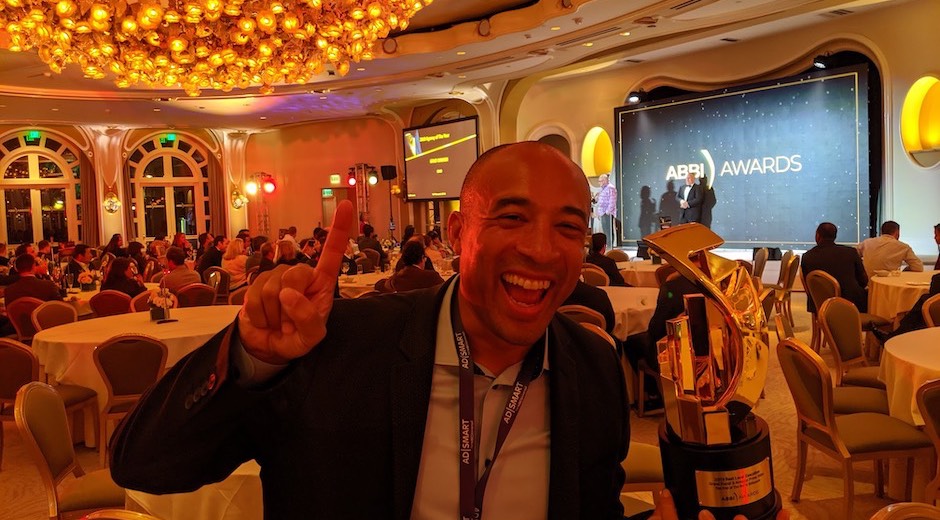 Every year starts with a clean slate. In business, our clean slate is a (relatively) empty spreadsheet, ready to be filled in with activity and results. For me personally, 2019 turned out to be a very special year for a handful of reasons.

Joining the talented and supportive team at Grand Visual and reconnecting with the fast-paced OOH industry has been especially fulfilling. For OOH, 2019 has been a time of explosive growth and evolution. Reports from the OAAA showed that spending in OOH increased by 7.7% year-on-year in Q2 2019, representing the highest rate of quarterly growth since 2007. I believe this is solely down to the affordable and unskippable nature of the medium and its brilliant canvas for creativity.

Before I knew it, it was May and I was jetting out to Las Vegas to attend the OAAA and Geopath’s National Convention & Expo with our CCO Dan Dawson and COO Ben Putland. The conference was buzzing with excitement and anticipation as the industry came together to celebrate the medium. The renaissance and reinvigoration that comes with bigger investment and a greater of total advertising spend was a hot topic of conversation.

Also in May and easily winning my favourite day of the year, was the campaign we did for Amazon’s Good Omens launch. Who else can say that they brought Armageddon to Times Square, one of the industry’s most iconic locations where a staggering 380,000 people pass through each day?

As the end of the world unfolded in the square, there was magic and excitement in the air. Mother nature was also on our side and even supplied a brief thunderstorm! From this four hour execution, we managed to own a huge 5% of all social conversations during the show’s launch week.

My next highlight for the year came in August when we worked on an awesome project for jetBlue. What a whirlwind of a project, we went from initial briefing to getting the campaign live in just 9 weeks – not bad for a project of this size with huge creative ambition. It was an extremely rewarding project to get across the line. Working with Rapport and Mullenlowe, we produced “Escape the Cape,” a dynamic digital OOH campaign, targeting vacationers stuck in Cape Cod traffic.

The campaign used real-time API’s and JetBlue’s flight schedule to compare Cape Cod driving times to flight times for alternative destinations. The campaign even ran on the side of a mobile billboard on a truck – an industry first! 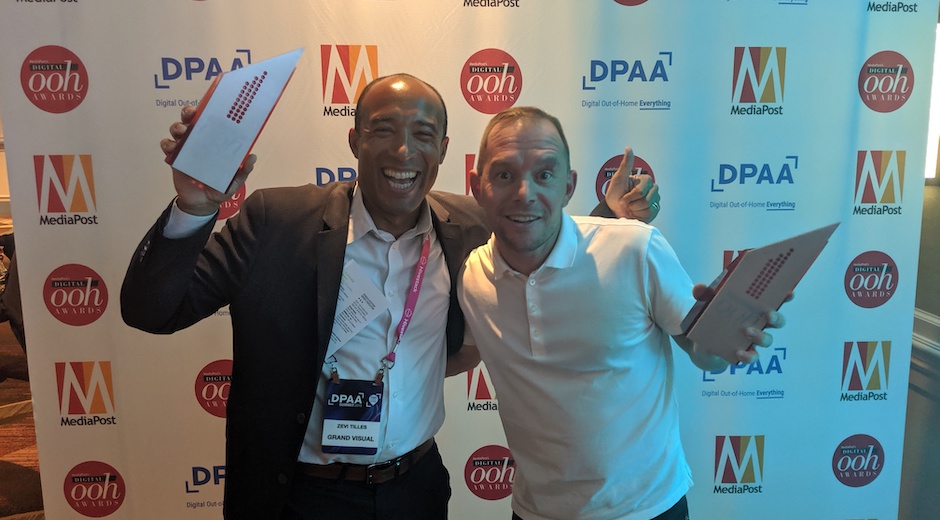 The final highlight of my year has been attending and winning at the OBIEs, ABBIs and MediaPost Awards. It has been great to be recognised by these awards programs for our awesome work on Spider-Verse,  Google Explore and Good Omens. There’s nothing better than being rewarded for the hard work that goes into each digital OOH campaign.

I can honestly say that I always have a smile on my face as I go to work every day and help to entertain consumers during their day-to-day lives, whether it be during the commute or on a shopping trip. I’m proud to work for a company like Grand Visual, who is constantly raising the bar for creativity and globally supporting the growth of digital OOH.

I can confidently predict that 2020 will be a year of impressive creativity and technology.

If you’re looking to craft some stories for digital OOH or you’d just like to find out more about the medium, then please don’t hesitate to get in touch.