Participants are treated to a show of skill from Shaqiri and are invited to get involved and play a few shots against the Swiss star. At the end of the experience, the user is prompted to take a photo moment with Shaqiri, with the option to enter their details to receive a copy of the photo and a chance to win a FIFA World Cup Official Match Ball.

The campaign was created by Top-Spot and market leading DOOH creative services firm Grand Visual, who also directed and built the bespoke creative technology set-up. Project initiation and promotion consultancy were performed by GroupM Out of Home. Media planning and buying was by Top-Spot and Mediacom. Anthem provided video assets and delivered a social sharing App to further engage audiences on-the-go. 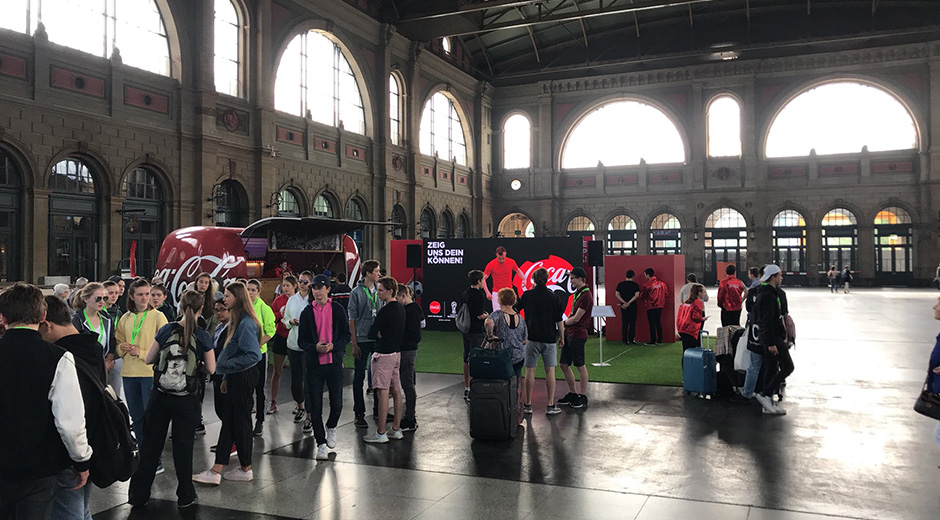 “Coca-Cola Switzerland is pleased to offer a new type of experience for football fans. It’s the perfect way to get people into a perfect football mood right at the beginning of the FIFA World Cup 2018.”

“It is great to be working with Cola-Cola again on a project that taps into the most coveted cultural event of the year. The appetite to innovate and collaborate, right from the start, has made the delivery of this project seamless. Clever use of technology has produced a memorable experience that participants can share online with family and friends.”