Brothers John and Stephen Skelton who were born and raised in Dunston, Gateshead have used digital billboards in Newcastle and Perth to send each other the biggest message of Love during the COVID-19 Lockdown.

John moved to Australia from Newcastle nearly 20 years ago and lives in Perth with Wife Judith and daughter Sarah.  They couldn’t believe it when they saw a billboard in downtown Perth with Stephen sending Love from their hometown and decided to reciprocate with a billboard of their own in Newcastle!

Stephen said “We talk every other day on the phone but I wanted to do something really special to say I’m constantly thinking of them and how they are coping as a family in these difficult times – and it doesn’t get more special than a huge billboard!”

John said “It was such a great surprise to see Stephen on a billboard in Perth, he explained how he achieved it and we decided to send our own love back with a billboard of our own in Newcastle. It really is amazing and has put a huge smile on our faces!” 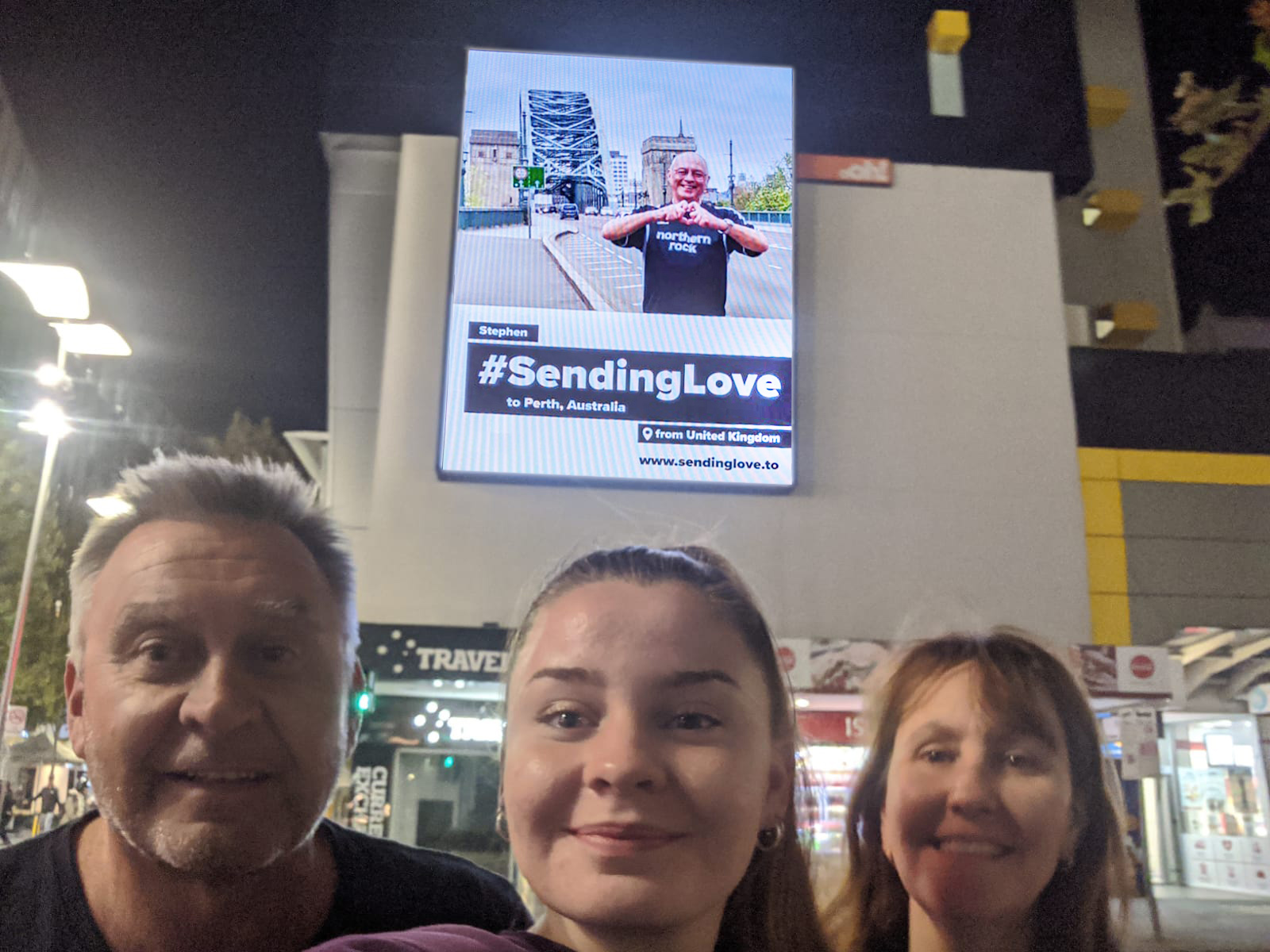 This is all part of a wider advertising campaign by London agencies Talon Outdoor and Grand Visual.

The campaign encourages participants to send love to those in places they cannot travel to, by getting creative with the heart-hand symbol and uploading their pictures and locations to www.sending love.to. Participants are then invited to donate to the global COVID-19 Solidarity Response Fund before receiving a photo of their picture playing on-screen in their chosen city to share with friends and family across social channels.