The McDonald’s Big Mac range is back and it’s even better with the addition of bacon, but our latest digital OOH campaign asks – is it still a Big Mac?

As well as adding bacon to the classic Big Mac, McDonald’s have also brought the Mac Jr. and Grand Mac back and added bacon to them too! It’s the first time the brand has changed its statement recipe in 51 years and it’s definitely got the nation talking. To fuel the debate, McDonald’s have launched a live poll across social channels and OOH with contextual call-outs and live poll results. 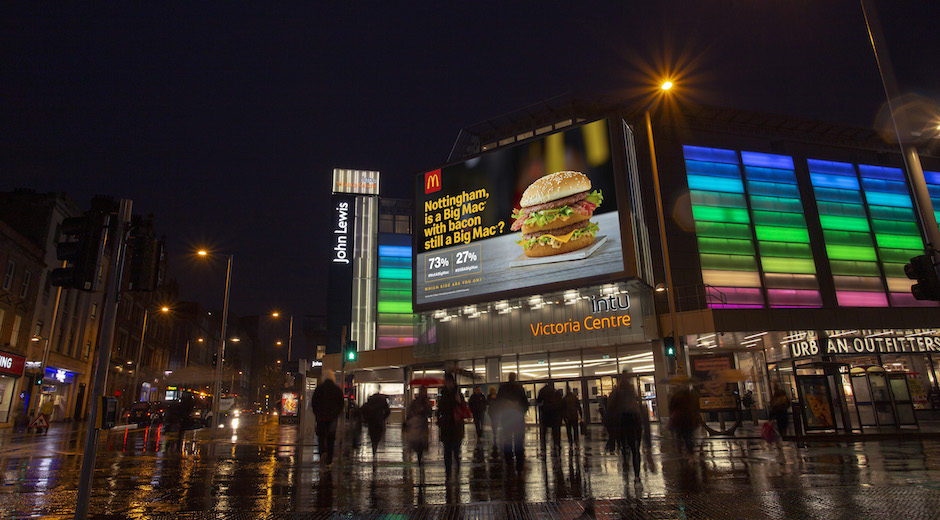 Created by Leo Burnett London and produced by Grand Visual, the OOH creative features a hero image of the limited-edition Big Mac Bacon “to be enjoyed until 19th March.” The live poll garners opinions across Twitter, Facebook and Instagram, asking the audience, “which side are you on?”

OpenLoop processes the real-time results from Mention Solutions’ API, and displays the percentage results for #NotABigMac versus #StillABigMac live across digital OOH screens in London, Nottingham, Cardiff, Newcastle and Liverpool. 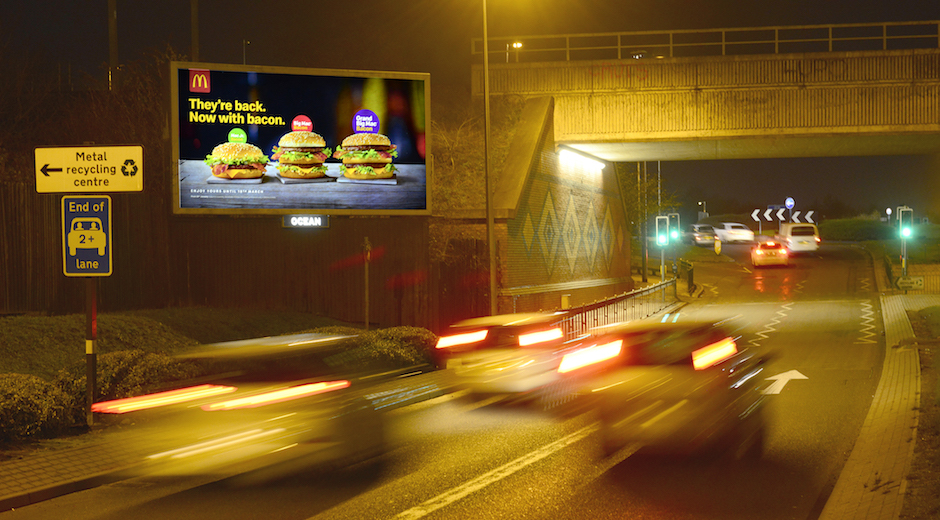 We all know and love the Big Mac burger, so it’s a great campaign for meat fans inviting them to engage and share their opinion on the new recipe. The campaign is driven by real consumer engagement and the localised call outs to have your say keeps the campaign contextual, fresh and relevant.