As many people do around this time of year, we have taken time out to reflect on the year that is coming to an end. Outside of our OOH world 2016 has definitely had its moments that seemingly came out of the blue! For the Digital out of Home industry it was less surprising with another year of growth. We saw Exterion Media retain the TfL contract, JCDecaux begin their London Network roll out, whilst Clear Channel, Primesight and Outdoor Plus all expanded their digital networks.

This year saw a number of firsts and records for us at Grand Visual. A key milestone is that we have now delivered campaigns to over 38 countries. Working with an entertainment client we delivered some of our biggest projects of the year for international blockbuster releases.

When it comes to dynamic campaigns, brands and agencies have been bolder this year, pushing for their creative to be more contextual and relevant. From integrating Instagram & Twitter feeds, measuring emoji sentiment to transit timetables and cinema listings, we are seeing more creative approach to the integration of data into a campaign creative.

For Google, both in the UK and in the USA, we produced some great campaigns this year. Their long term holding at Old Street continued, and was shortlisted for a COOH Award for best use of live updates. In the USA, in partnership with D-Theory, we delivered a multi-territory, multi-network campaign for Google Play which recommended playlists based on current conditions such as time of day, weather and location.

Other dynamic campaigns we worked on this year include an activation for Elizabeth Arden (Shortlisted for a COOH Award) which monitored pollution levels at Oxford Circus station, and a campaign for Hasbro featuring a Furby commenting in Furbish on family films about to be screened. 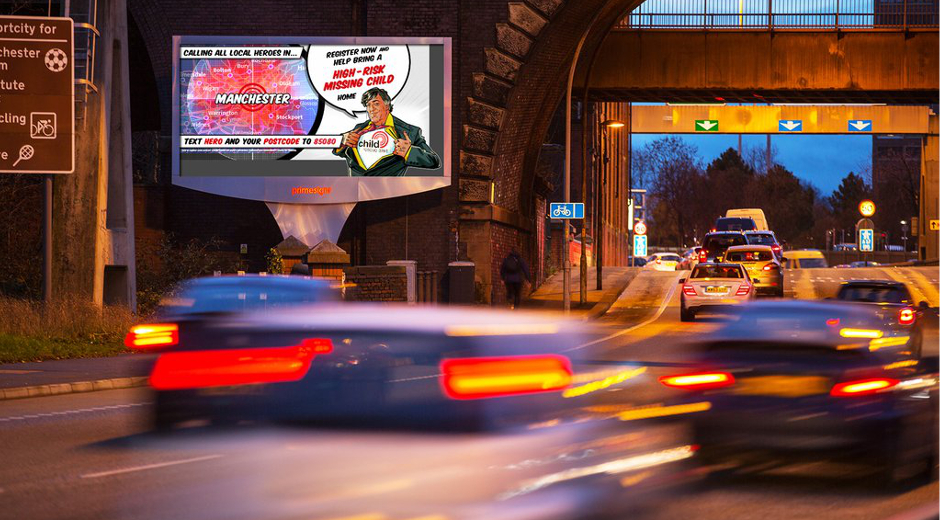 Our partnership with Missing People continued, and in February we were proud to be a part of their Child Rescue Alert Fortnight. We conceived and delivered a dynamic campaign that optimised it’s creative message across the UK to target specific areas and audiences where more sign ups were needed for the Child Rescue Alert system. Optimisation of the creative ensured that registrations were evenly distributed and that the CRA initiative achieved national coverage. A great campaign resulting from a great partnership which was recognised in September at the Annual Charity Awards.

One of the exciting developments for us this year has been brands wanting to maximise production value by rolling out larger more complex builds across multiple executions and territories. We had several big projects delivering not only GV firsts, but also world firsts. In Spring this year we worked with AMVBBDO and Talon to broadcast live feeds from Waitrose farms to digital screens in 9 cities across the UK. We also delivered several gesture and facial recognition campaigns for Vaillant, Lays & Canon. 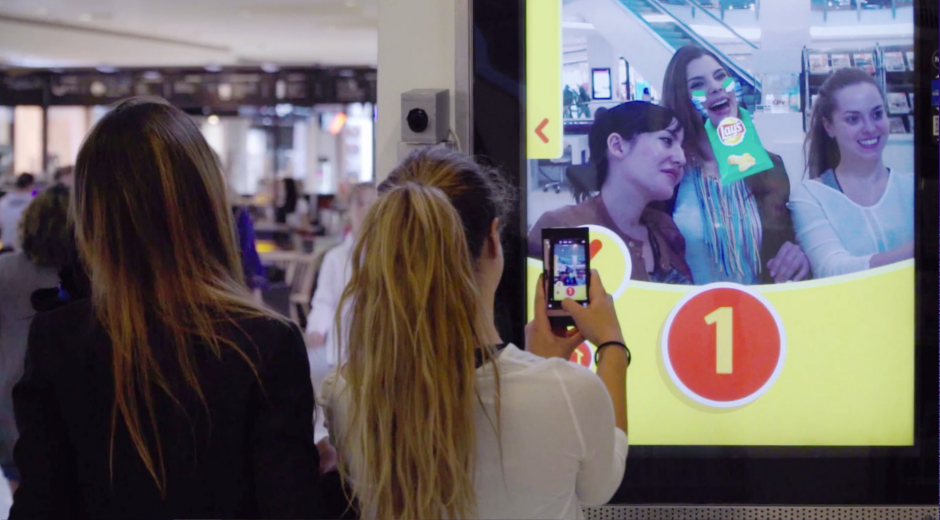 At the outset, I don’t think anyone could have predicted the politically choppy waters that 2016 has brought. But when it comes to Digital Out of Home it has been full steam ahead with adventurous brands being bold, creative and brave with their campaigns -paving the way for a great 2017.

20162017digital out of homeGrand VisualYear Ahead