When we asked our Creative Director to share his thoughts on 2018, he replied with one word – EPIC!

Epic seems to be the only word to describe this past year at Grand Visual. In 365 days we have worked with the biggest brands, appeared on iconic Digital OOH screens around the world and have even smashed multiple GV market records! As a company we have grown considerably – and we are only getting bigger! Let’s wrap this up… 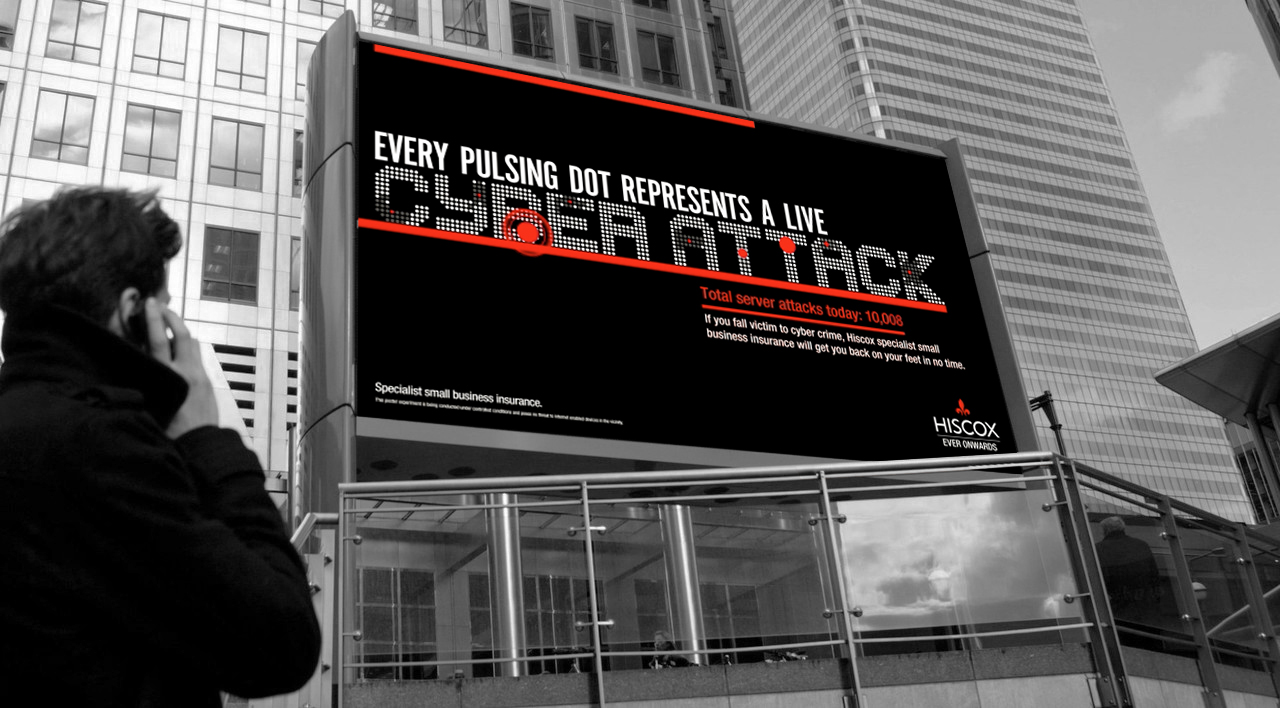 The start of 2018 saw our team produce a data-driven, media first for Hiscox Cyber Live! Our purpose-built honeypot server was designed to monitor attacks from real-life hackers, ultimately determining the campaign creative. In one week, the server was attacked 113,592 times. This is 1 attack every 3 seconds! After a successful first run and multiple awards, the campaign was booked to run again in September!

We played football with a pro

Following on from the success of Hiscox, we collaborated with Coca-Cola for the hottest event of the Summer, The FIFA World Cup! In a bespoke augmented reality experience, we gave football fans in Zurich the chance to play alongside Switzerland and Liverpool star, Xherdan Shaqiri. The two day, experiential event amassed over 1000 interactions and was shared all over social media.

During the hot summer months, Google Maps dominated the streets of Manhattan and Brooklyn. The campaign creative used real-time data, distributed via OpenLoop to direct New Yorkers to what’s trending in their neighbourhoods. The real-time creative was also dependent on the time of day and weather conditions.

We got out of home 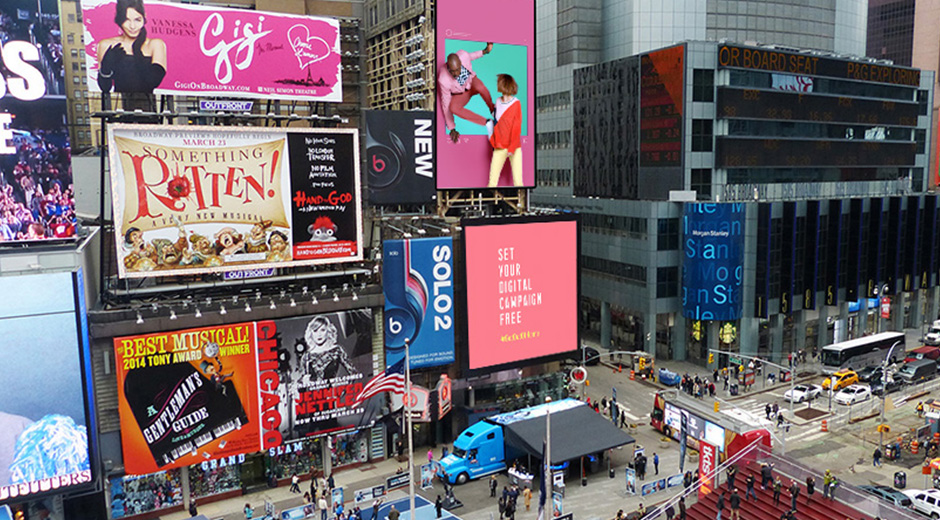 In collaboration with The OAAA, Publicis and QDOT, we took Ad Week NY by storm. Get Out of Home was a dynamic campaign inspiring its audience to breath new life into their campaigns by using OOH! Campaign creative included live commentary, tweets and Instagram posts which were published directly to 50,000 sites in 30 markets.

We took something home 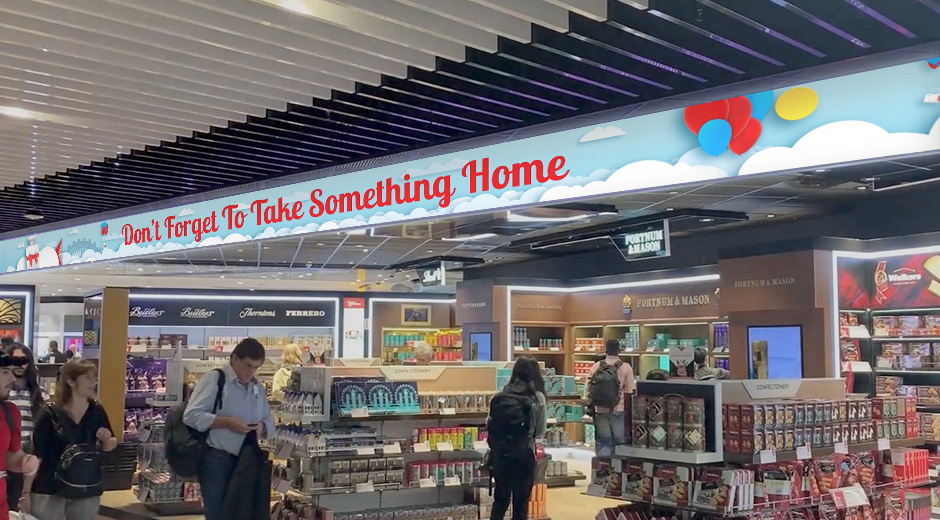 We also collaborated with World Duty-Free to produce stand-out creative for their stores in various international terminals. Templates were created in four languages for these different commercial opportunities.

In Heathrow Terminal 5, we produced two different creatives. The first, Take Something Home, consisting of paper planes and balloons seamlessly transitioning from portrait pillar screens to a 110-metre screen. The second, Sense of Place, showcased London’s skyline with creative that updated according to the time of day and seasons.

We were behind The Haunting of Comic-Con

As the autumn leaves began to fall and darkness began to take over the city, Netflix entrusted us with the challenge of bringing their latest TV series ‘The Haunting of Hill House’ to life. We were invited to bring two Augmented Reality experiences to Comic Con NY, giving fans the thrill of a lifetime!

One of the experiences, taking place in a licensed gender-neutral washroom, featured a two-way mirror above a sink. As an unsuspecting user approached the sink, a proximity sensor triggered a screen hidden behind the mirror. As the user looked closely into the mirror, an apparition from the show appeared, startling the user. Both experiences combined received an impressive 10,000 interactions at the three-day event.

We joined The Spider-Verse 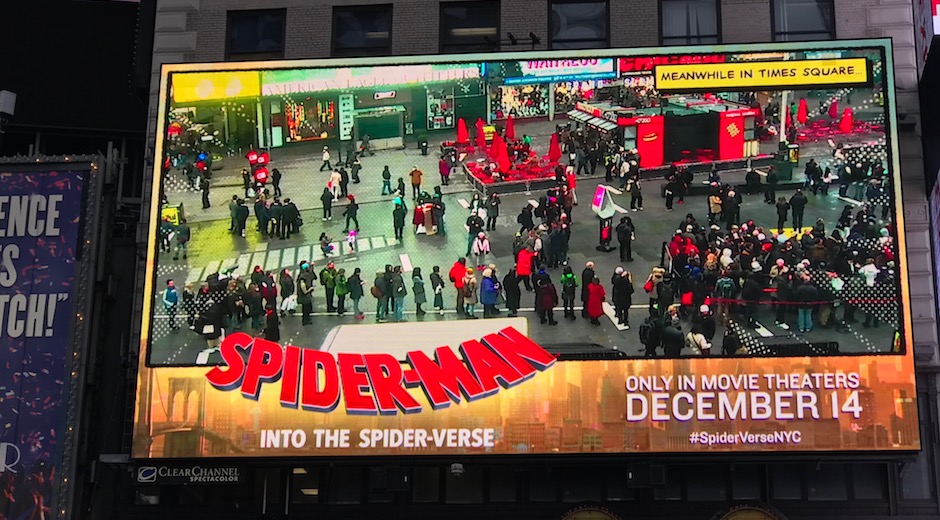 In the run-up to the festive season, our biggest interactive campaign of the year, Spider-Verse was launched in Times Square. The Augmented Reality experience allowed users to see themselves in the Spider-Verse through a comic filter on a large format screen. Live for over a month, over a quarter of a million people have been transported into the Spider-Verse!

We saw our name in lights

Wrapping up our epic year is the 2018 Wrapped campaign we produced for Spotify. Gracing iconic screens worldwide, such as Times Square and Piccadilly Lights, the campaign was the first real-time, multi-market OOH activation for the brand. Premium account holders were invited to share their 2018 wrapped playlists for a chance to see their name in lights! This live-data feed, creative was distributed by OpenLoop to media owners in 5 different countries.

And that’s a wrap! 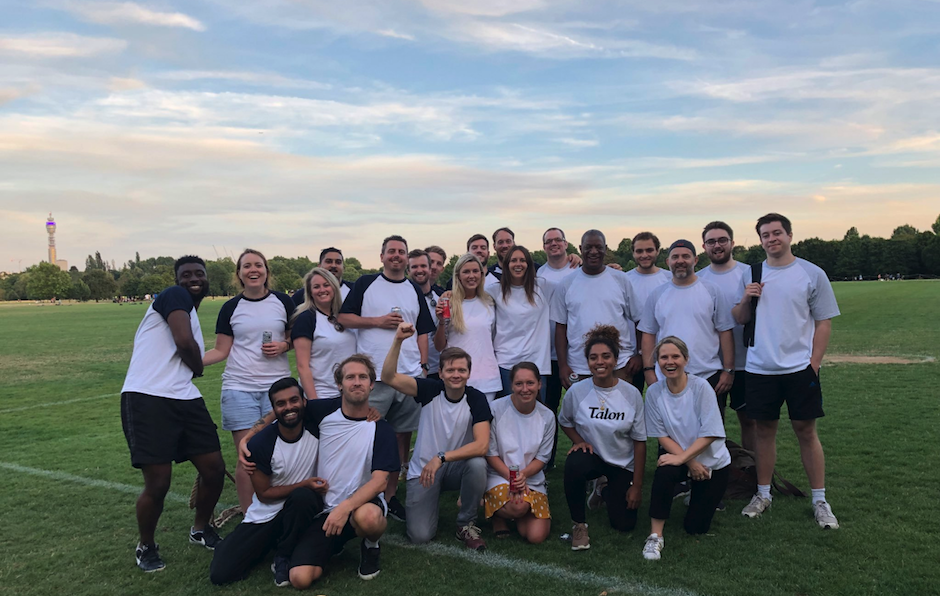 365 days worth of creative milestones and epic campaigns! We have had an awesome year and can’t wait to see what 2019 brings…